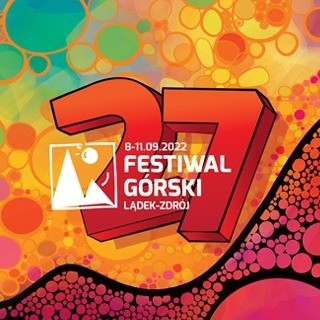 Cows on the Roof directed by Aldo Gugolz will be shown at Ladek Mountain Festival.

Fabiano is haunted by nightmares. They are a reflection of his life as the heir of his father’s small-scale agricultural business, located in an isolated valley of Southern Switzerland. He owns fifty goats and eight cows and is trying his best to produce the special alp cheese that first made his hippie parents back in the 1980s. But nothing is going the way it should... He is in debt, the alpine hut that he rents for the summer is dilapidated, and the goats cheese business is no longer profitable. His thoughts wander back to a fatal accident occurred the previous year to a Macedonian illegal worker. His death is haunting him, because he feels that he is at least in part responsible for it. Fabiano is not exactly in a good place to start a family, but will be a father soon. His girlfriend Eva is expecting – and is hoping to fulfill her dreams of a simple life surrounded by nature and animals. But how can they build a life together in such difficult circumstances?

Ladek Mountain Festival (Polish name: Festiwal Górski im. Andrzeja Zawady w Lądku-Zdroju) is the largest and the oldest event of its kind in Poland and one the most important in the world.

Among our speakers were the biggest names of the climbing and mountaineering community. We also hosted the Piolets d'Or Award Ceremonies for 3 years, 2018-2020.
Each year a couple of thousand enthusiasts of the mountain sports and outdoor adventures come in September to a little town of Ladek in the south of Poland (very close to Czech Republic and Germany) to participate in this gathering.

The Film Competition is one of the main axes of the festival, along with the Book Contest, key speakers’ presentations, lectures, outdoor workshops and music events.
This year's edition as always will be full of films from all around the world, meetings with filmmakers and networking opportunities.