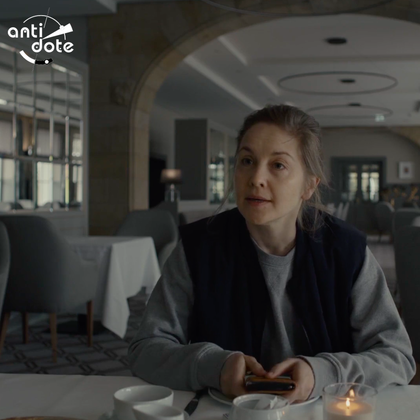 Echo directed by Mareike Wegener is participating in the Transit Film Festival in Regensburg.

The director of the movie Mareike Wegener will attend the screening.

Detective Harder takes on her first case after surviving a bomb attack during a police training mission in Afghanistan. The remains of a girl are discovered in a moor near the small German town of Friedland. But Harder's investigation falters from the outset - not least due to the discovery of a live bomb dating to the Second World War, which throws the Friedlanders and Harder herself into turmoil.

The Transit Film Festival is being held from 23rd - 30th November.  The "transit" can be understood as a paradigm for transformation and change. As a chance to reconsider old truths, open up new perspectives and readjust the choice of categories. In annually changing themes with German-language and international productions from the current cinema season, film-historical (re)discoveries and (pop)-culturally relevant specials, the focus is on different questions of a new world that is rapidly taking shape. It is not about primarily political films, but about those that break new ground in terms of aesthetics, content or narrative and dare to tread paths that go beyond established recipes for success. The cinema becomes a means of transport: ideally, after the film, a person who is slightly different from the person who sat in the chair gets out of the chair.

Echo is presented in the «New Voices» section.