Written and directed by Mareike Wegener 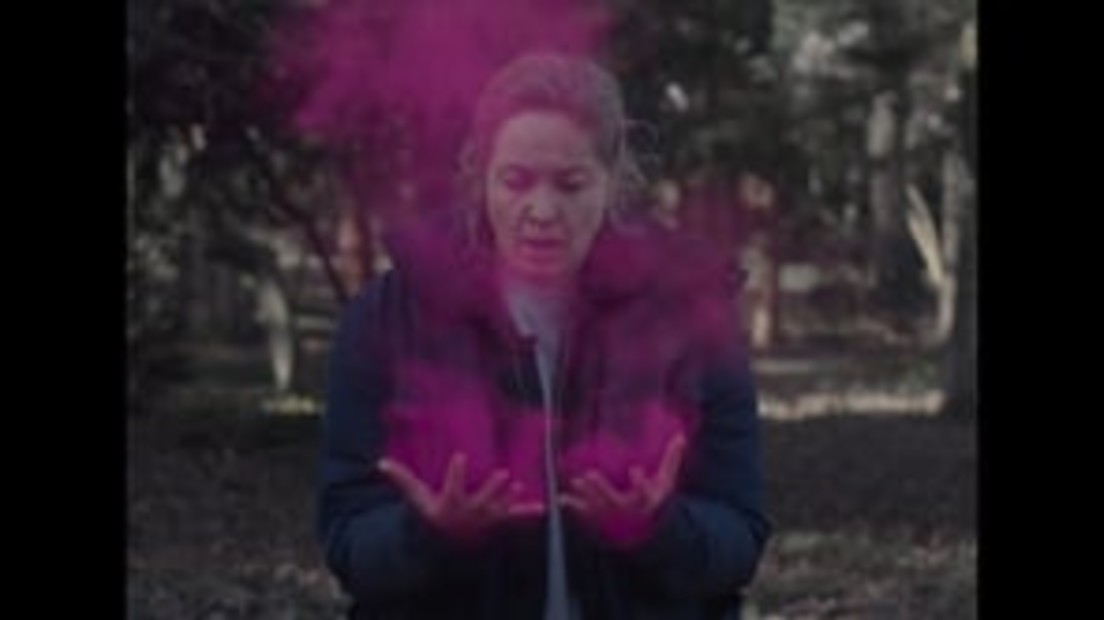 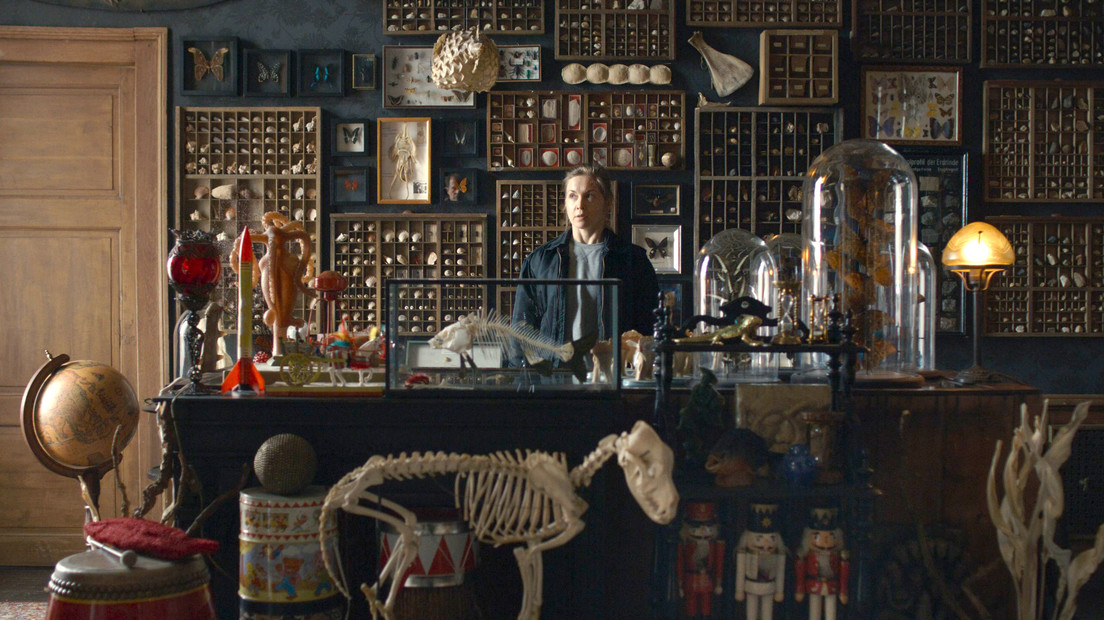 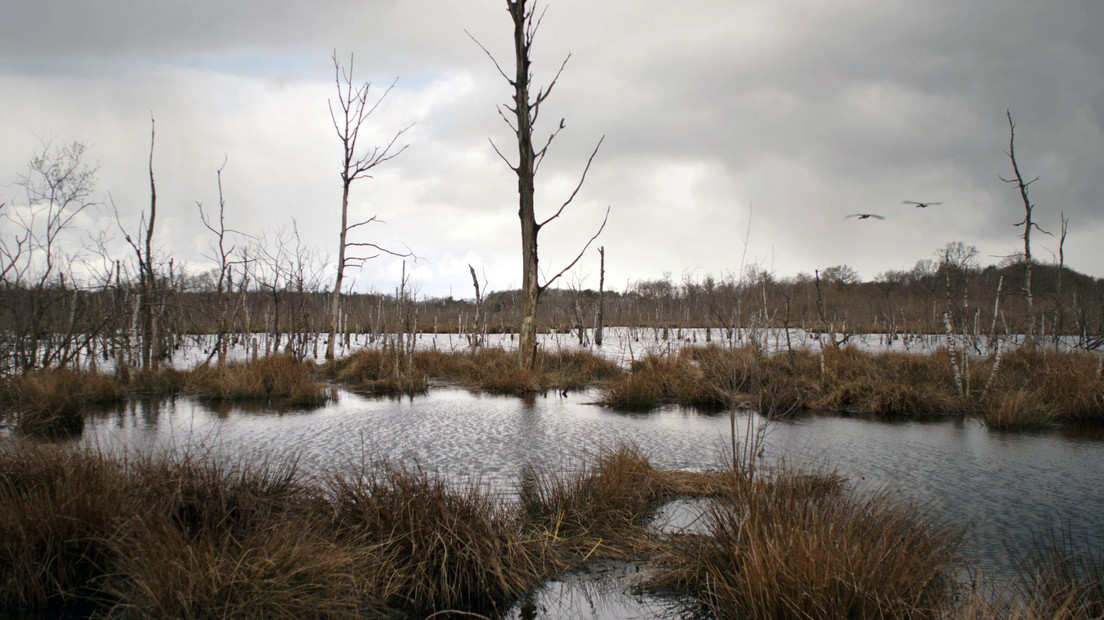 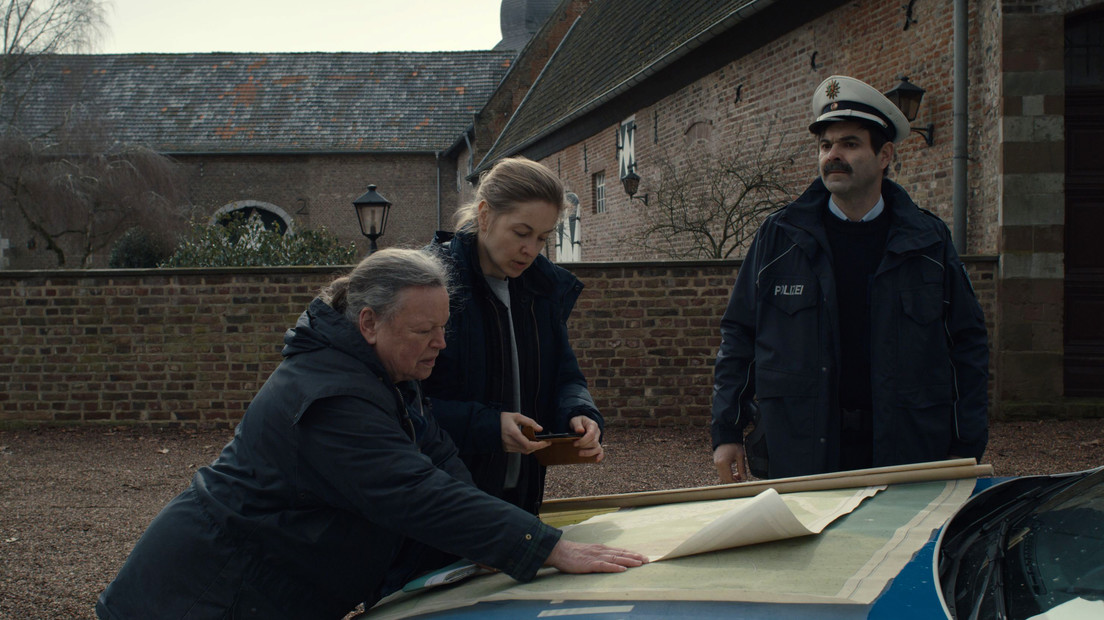 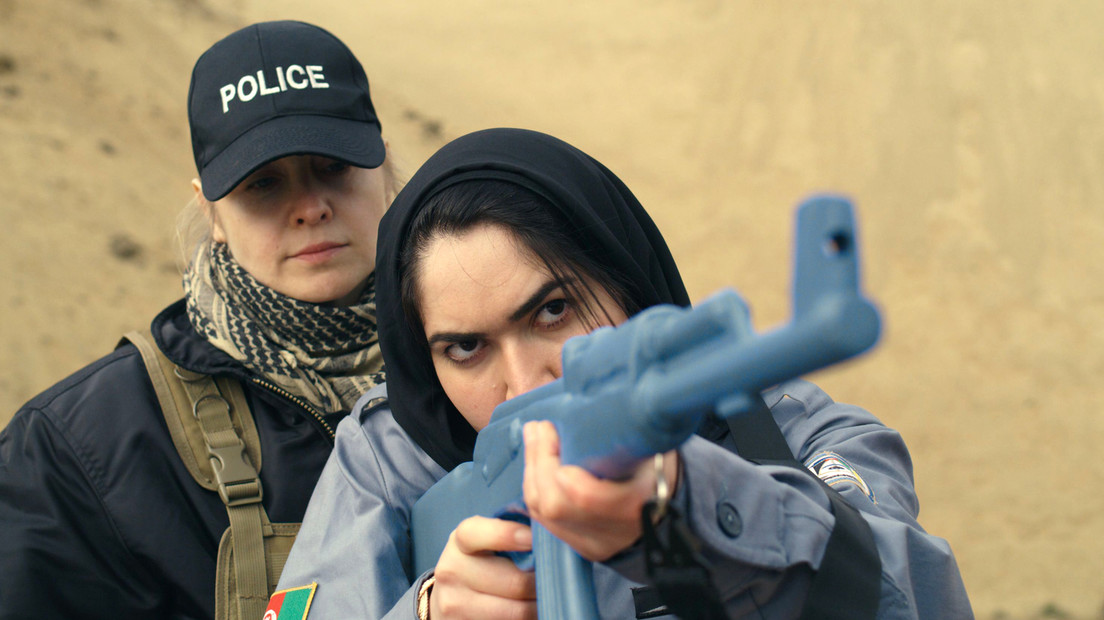 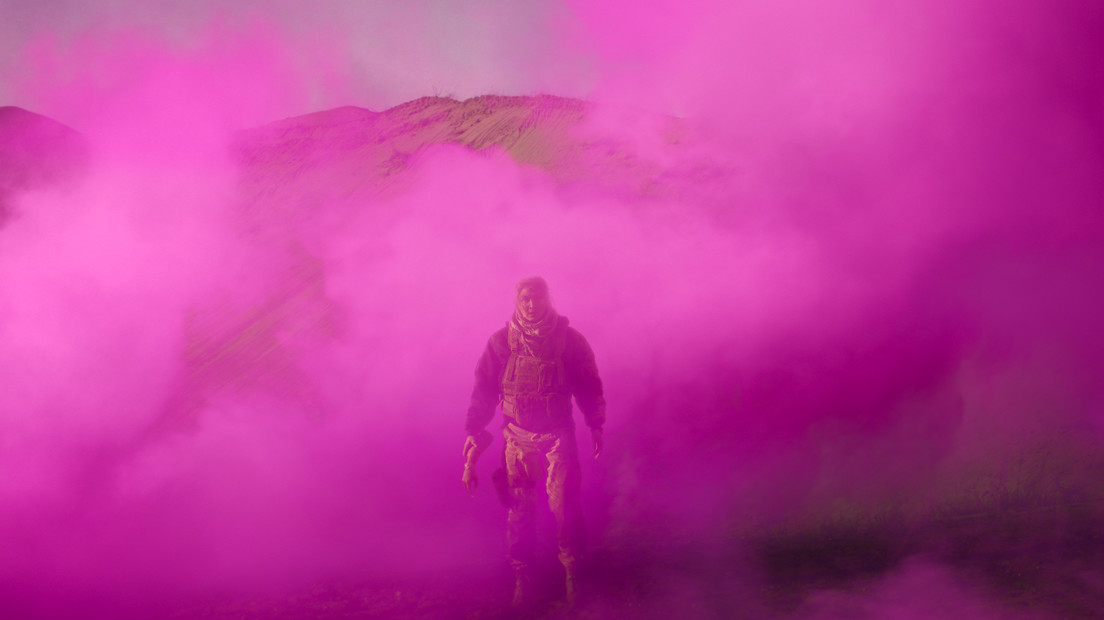 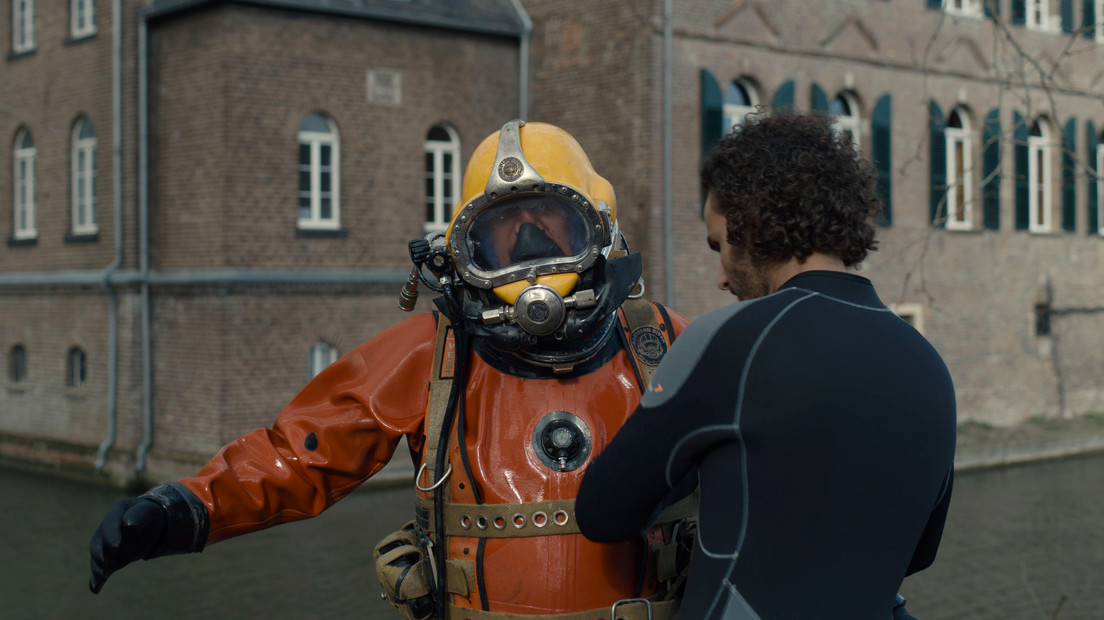 Detective Harder takes on her first case after surviving a bomb attack during a police training mission in Afghanistan. The remains of a girl are discovered in a moor near the small German town of Friedland. But Harder's investigation falters
from the outset - not least due to the discovery of a live bomb dating to the Second World War, which throws the Friedlanders and Harder herself into turmoil.

In Friedland the world is in order - or has been returned to order at least. In any event, according to locals the past happened a long time ago. But Friedland’s moor doesn't forget. And there's more to this moor than mysterious ruins, every once in a while it even spits out a body. And so the story (almost) begins, with the discovery of a moor corpse. Detective Saskia
Harder arrives looking for a fresh start following the tragic conclusion to her mission as a police trainer in Afghanistan. Harder's investigation is supported by an awkward yet diligent local policeman as well as an enigmatic moor ranger who appears to know more than she is willing to admit. And just when it seemed like things couldn't get any more complicated, a live WWII bomb is spotted in the manor moat and is going to require detonation...

Press
“Mareike Wegener’s debut feature Echo, opening with an explosion and closing with another one, is about the echoes of trauma, either personal or sociological.”
Ali Ercivan, ICS
“The initial broody atmosphere, reinforced by the boxy academy ratio framing and bold scoring from Thom Kubli, who lets his big brass skirmish with the woodwind in the manner that recalls 1960s cop thrillers, holds plenty of intrigue as Harder begins her enquiries. She quickly discovers the body is that of a girl, leaving her with two main potential identities, one of whom is the missing daughter of local landowner Lorenz von Hüning (Felix Römer), who owns the moor.”
Amber Wilkinson, SCREENDAILY
Notes from the director

Film was born into a gruesome century: two World Wars, genocide, fascism, the arms race, exploitation, hunger, ight and expulsion. The history of the 20th century has inscribed itself into the history of cinema as well as the stories this cinema attempts to tell. As a time-based art, cinema has proven itself up to the task. This is because it can turn single, solitary moments into eternities or make entire epochs pass by in a matter of seconds. Cinema lends itself to a non-linear understanding of history not steeped in notions of infinitely continuous
progress or growth. The very difference between linear narrative and what cinema is capable of could be referred to as the intelligence of cinema.
ECHO takes this singular formal intelligence of cinema and runs with it: there is the setting of ECHO, the moor, the oldest living landscape on earth, where a body is discovered. Then there is the nearby town of Friedland, where an aerial bomb from the Second World War pops up in a castle moat, waiting to detonate.
And finally there is the corpse itself, of pre-historic origin and based on the true story of a seemingly hopeless investigation. ere are also ECHO’s characters, in and through whom time resonates: the detective, haunted by a recent traumatic wartime deployment; the collector, who compensates for a painful loss by hoarding; and the moor ranger, whose path through the moor represents strides across millennia. ECHO alludes to cinematic history over and again: the explosives expert explains the danger posed by celluloid in detonators of past bombs and presents landscape photography, the most important aspects of
which are invisible.
The last war to take place on German soil ended nearly 80 years ago. I belong to a generation that increasingly possesses few personal connections to this war. When we thus attempt to approach the topic as filmmakers, our starting point cannot be personal experience or memory – instruments widely available to our predecessors. This does not make it any easier to develop our own stance, especially when abstaining from historical dramatization or reenactments.
ECHO's conscious oscillation between past and present allows the film's
narrative to stage a playful and unreserved questioning of history which, in turn, provides a lens for thinking our dubious and uncertain future. If this young century has been able to teach us anything, the core of this lesson concerns the fragility of peace – and how the preservation of peace will require considerable effort and focus. 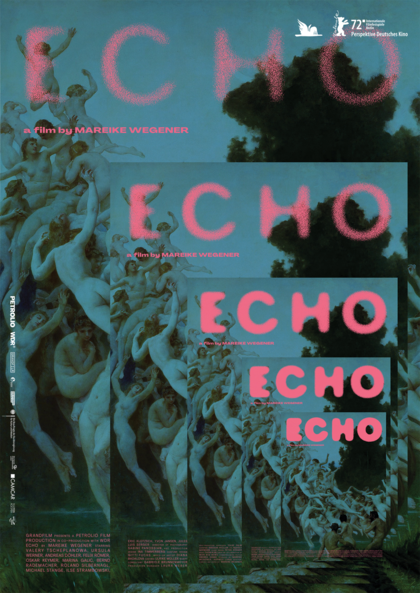