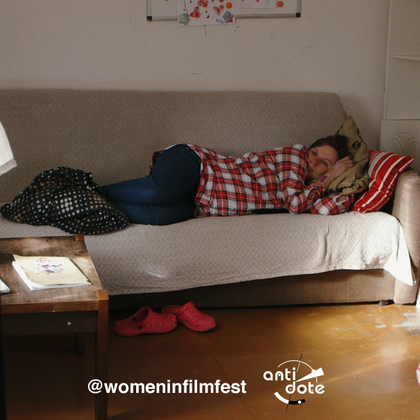 Mothers and others at womeninfilmfest

Mothers and others directed by Liene Linde and Armands Začs is participating in the Women in Film Festival.

What does it mean for a woman to take up the role of mother? The film follows four Latvian women during different stages of pregnancy. An ambitious dancer has to put her career on hold while being pregnant. A housewife expects her second child and fears postpartum depression recurring. An urban party girl becomes pregnant, decides to get married and move to the countryside to build a new home from scratch. A young entrepreneur and ex-punk welcomes her first child yet is haunted by the traumatic events from her past. All four women offer a unique insider point of view of pregnancy, as part of the footage is shot by the protagonists themselves. They go through a mix of emotions, highlighting that pregnancy, contrary to mainstream representation, is not only about the child - it is about the mother, too.

The 3rd edition of the Women in Film Festival is taking place from 18th to 20th November in Zurich.