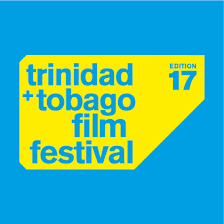 It Runs In The Family - trinidad+tobago film festival

It Runs In The Family written and directed by Victoria Linares will be shown at trinidad+tobago film festival.

A revelation about Oscar Torres, her unknown and once world-famous queer filmmaker cousin, sends Victoria down a path of self-discovery through reconstructions of his intimate memories living in the 1950s authoritarian Caribbean, as Victoria leads re-enactments of his unproduced screenplays with the family who erased him.

The trinidad+tobago film festival (ttff) is an annual celebration of the best in new and recent filmmaking from the Caribbean, the Diaspora, and Latin American countries in the Caribbean Basin. The festival screens feature-length and short films, both dramatic and documentary, as well as avant-garde works. In addition, the ttff, in its desire to help foster the growth of the Caribbean film industry, hosts workshops, discussion panels, and related events.