Sergey Kavtaradze was born in 1977 in Moscow, Russia. He graduated from history faculty of the Moscow State University.
In 2001 graduated from legal faculty of the International University in Moscow. In 2002 received PhD in history.
In 2007 graduated from the higher courses of film directors and scriptwriters.
Author of multiple scientific articles and monographs:
'War archetypes: violence, the unconscious and struggle for basic needs' (2015) — which is based on the analysis of the facts received during the expedition to the Surma population (Ethiopia-Sudanese border); Yanomami ethnic tribe (Venezuela); conflict zone in Somali (Mogadishu) and other conflict zones.
'Ethnopolitical Conflicts on Post-Soviet Area' (2005);
Organized and took part in film expedition: November - December 2015 — 900 км along the water paths of Venezuela to reach Yanomami ethnic tribe. 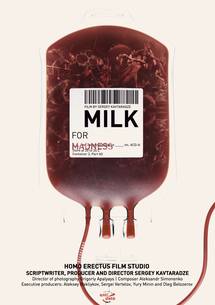