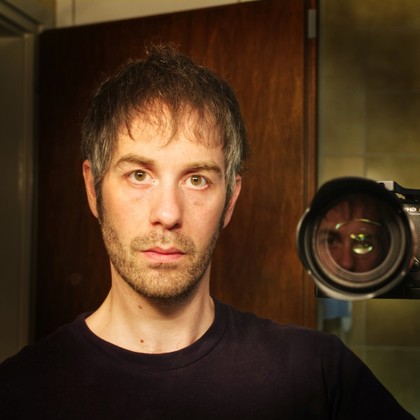 Andrea Pellerani was born in 1984 in Ticino, the Italian-speaking region of Switzerland. He graduated from CISA (Conservatorio Internazionale di Scienze Audiovisive), Lugano in 2007, and from HEAD (Haute École d'Art et de Design), Geneva in 2009 with the documentary Kurrawinya, the meeting of the two rivers, shot in Australia. Since then, he works as an independent filmmaker and has directed several TV documentaries. His first documentary with Amka Films, Your home is my city, premiered at Castellinaria Festival del cinema giovane in Bellinzona, was presented at the Solothurner Filmtage and awarded at the International Art Cinema Festival in Milan. His next documentary, Last Ride (Amka Films), had its premiere at the LifeArt Media Festival in Athens and was selected in several other festivals, winning “Best foreign documentary” at the Internet Monthly Film Festival. With Amka Films he’s currently developing his new documentary RED.

Dreaming an Island
by Andrea Pellerani