Paradigma Films is an independent production company based in Geneva. It was set up in 2003 under its former name Blow-up Film Production by Romed Wyder who began his work as director and producer in 1993 with the collective Laïka Films.
The activity of Paradigma Films is focused on the production of arthouse movies (fiction and documentary) for theatrical release. We are interested in both: low-budget films financed with Swiss funds and international coproductions for regular-budget films 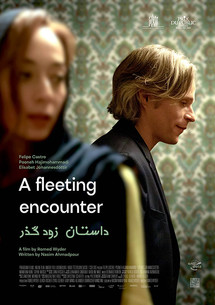 A FLEETING ENCOUNTER
by Romed Wyder