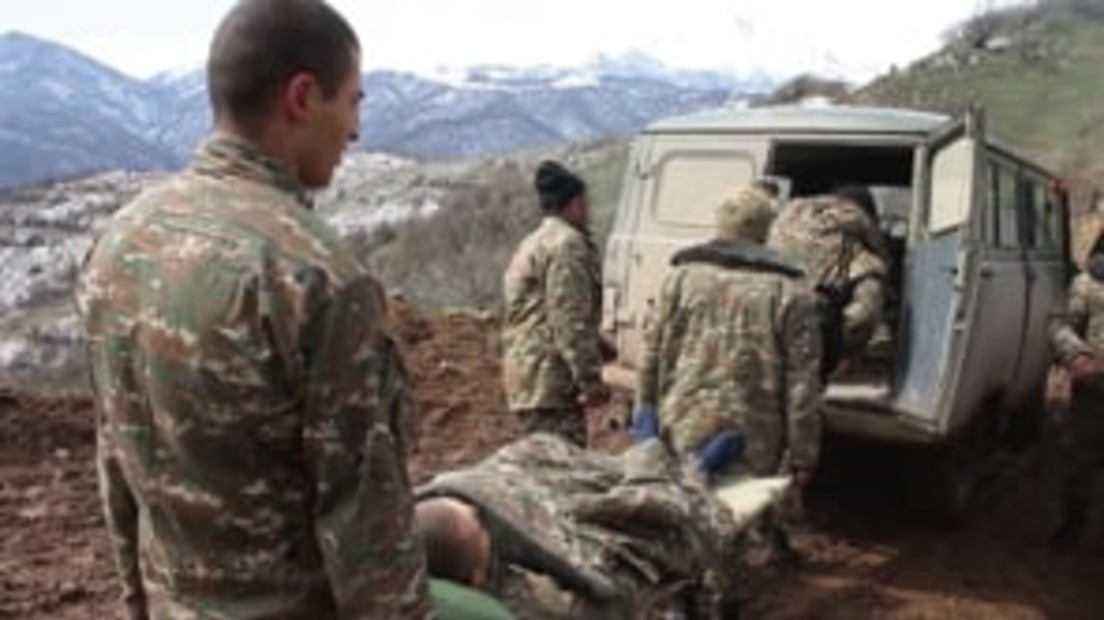 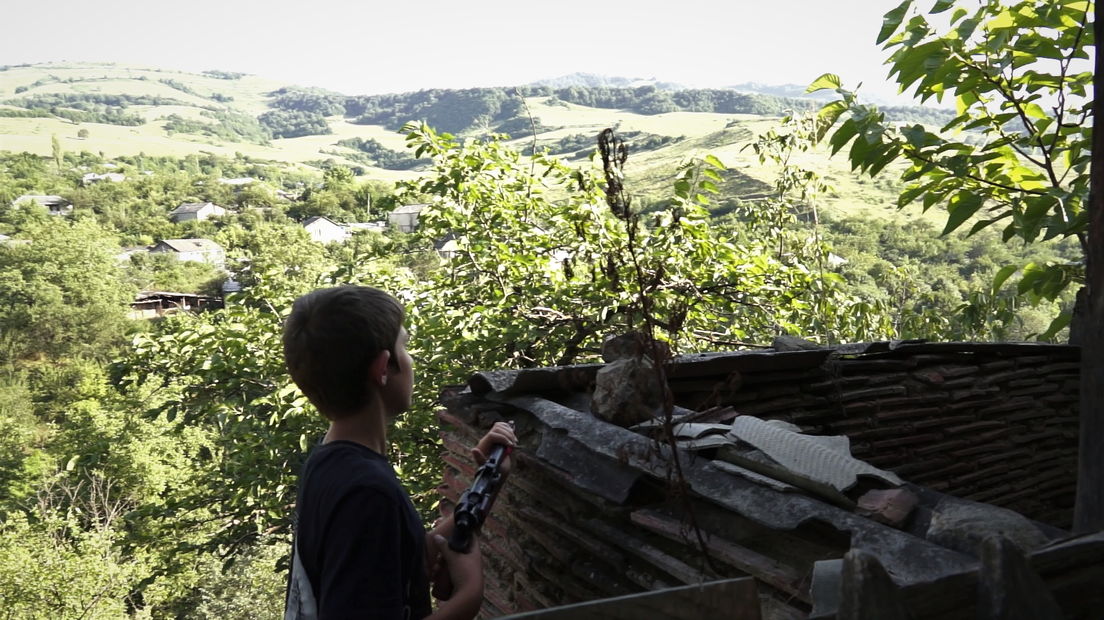 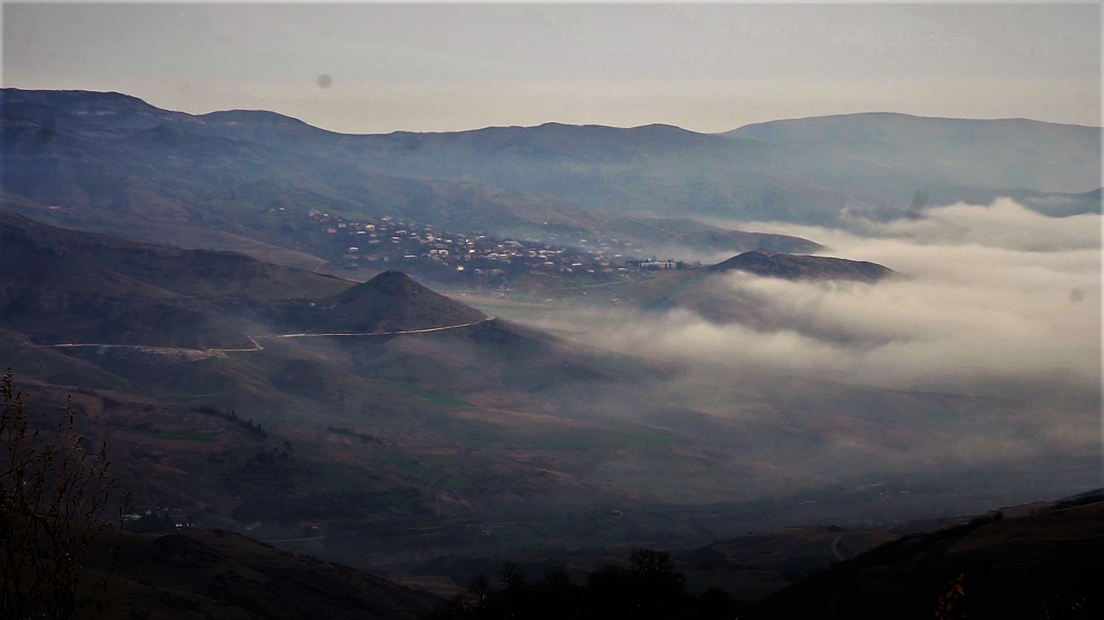 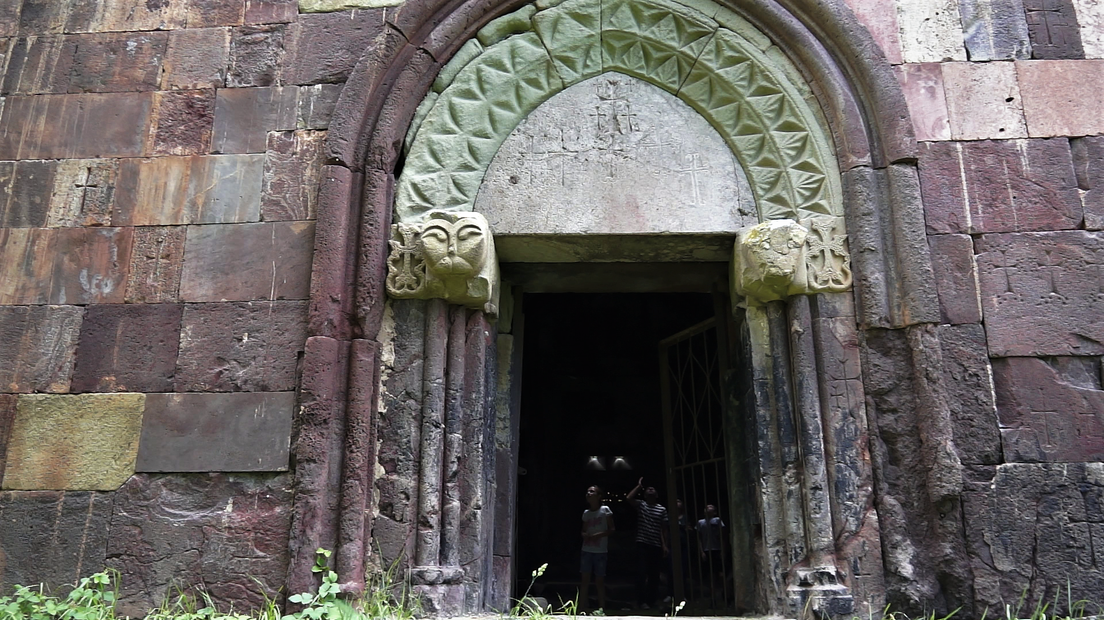 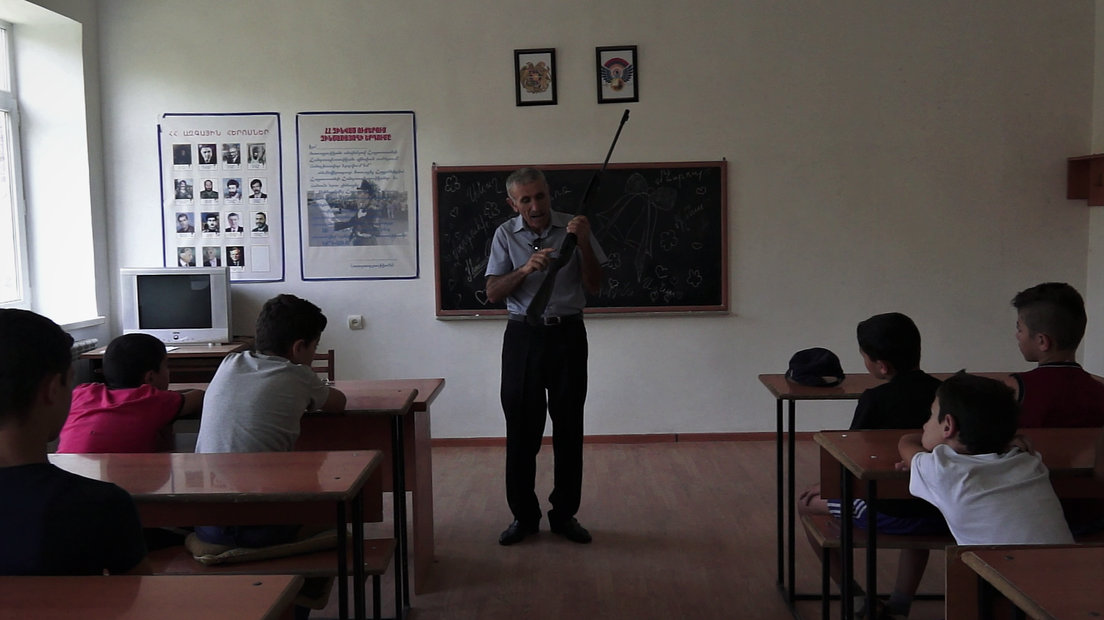 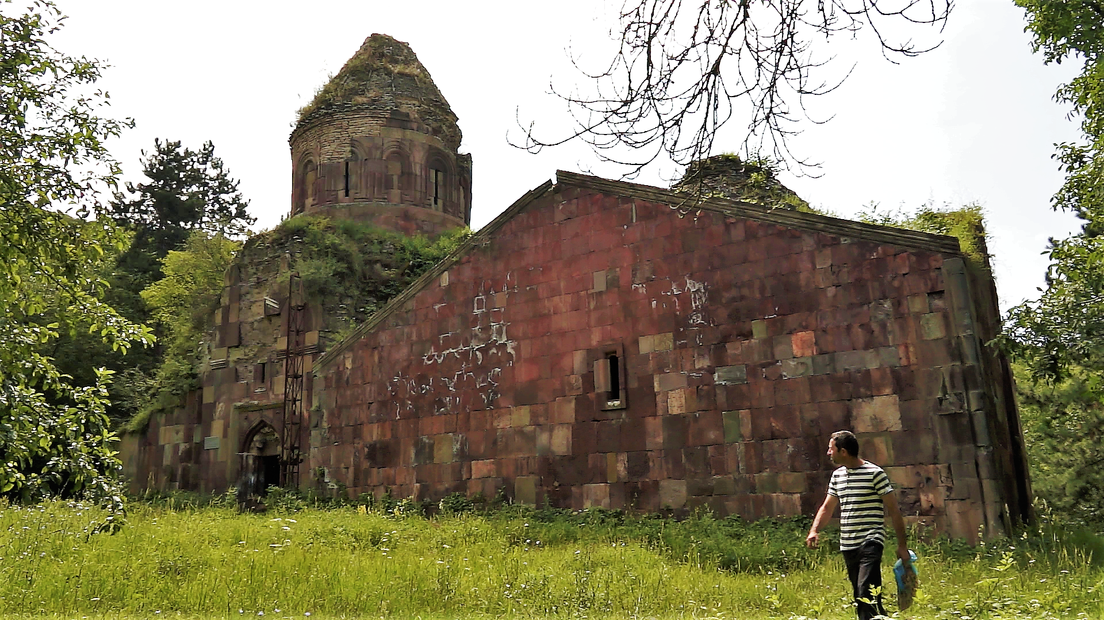 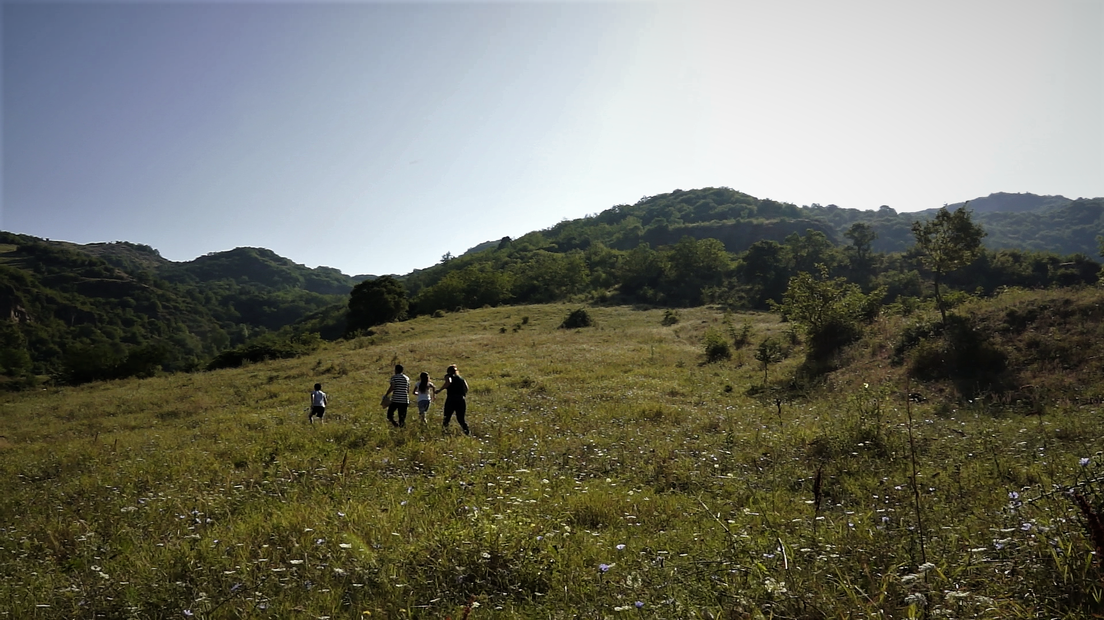 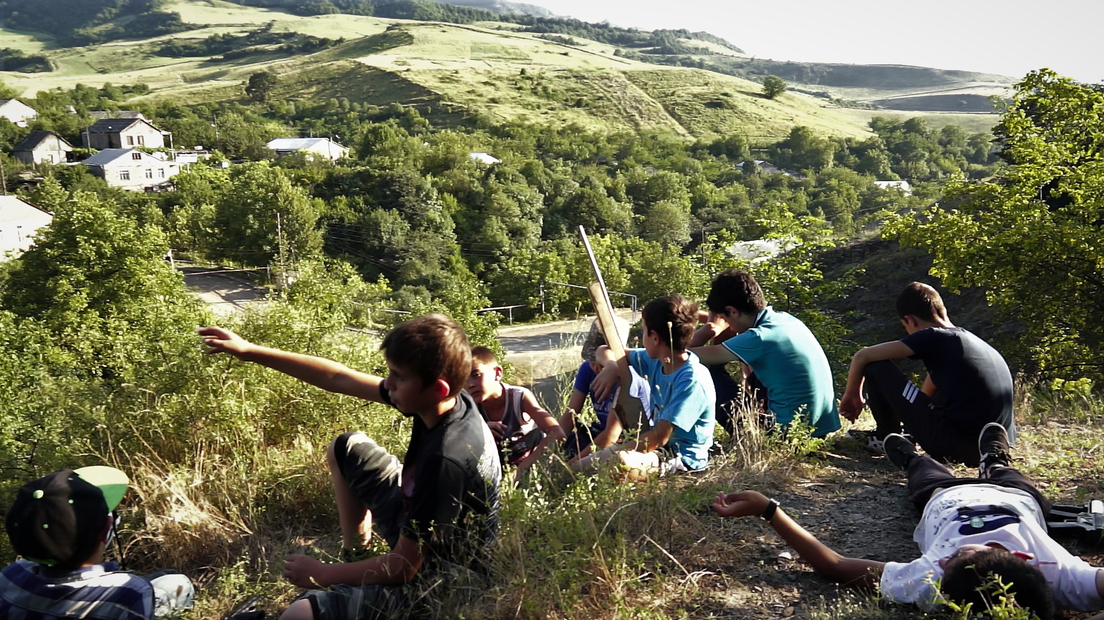 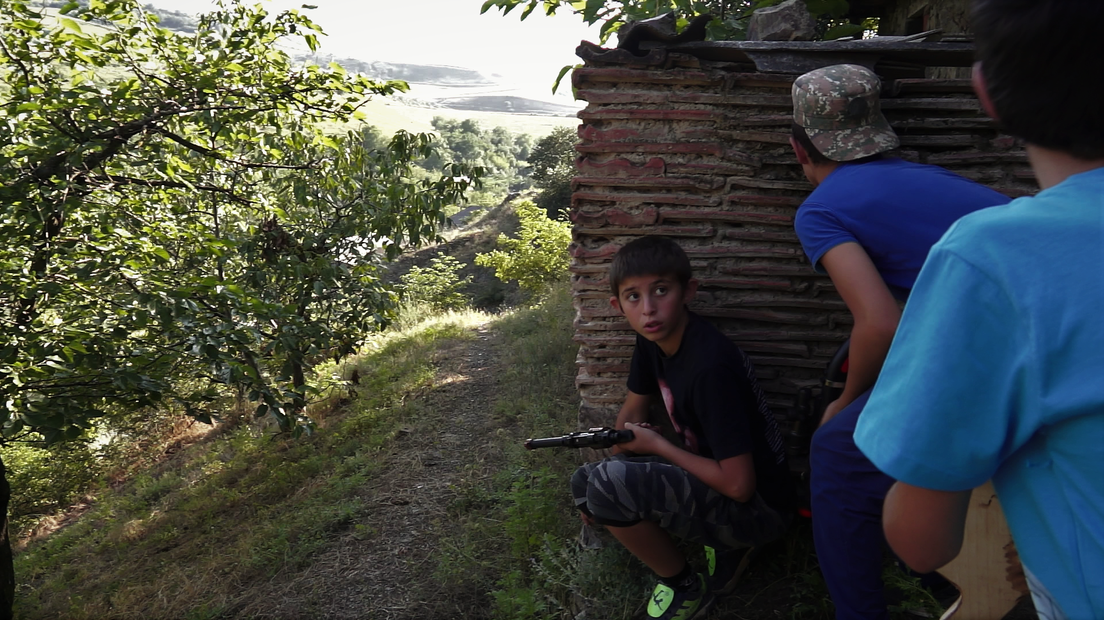 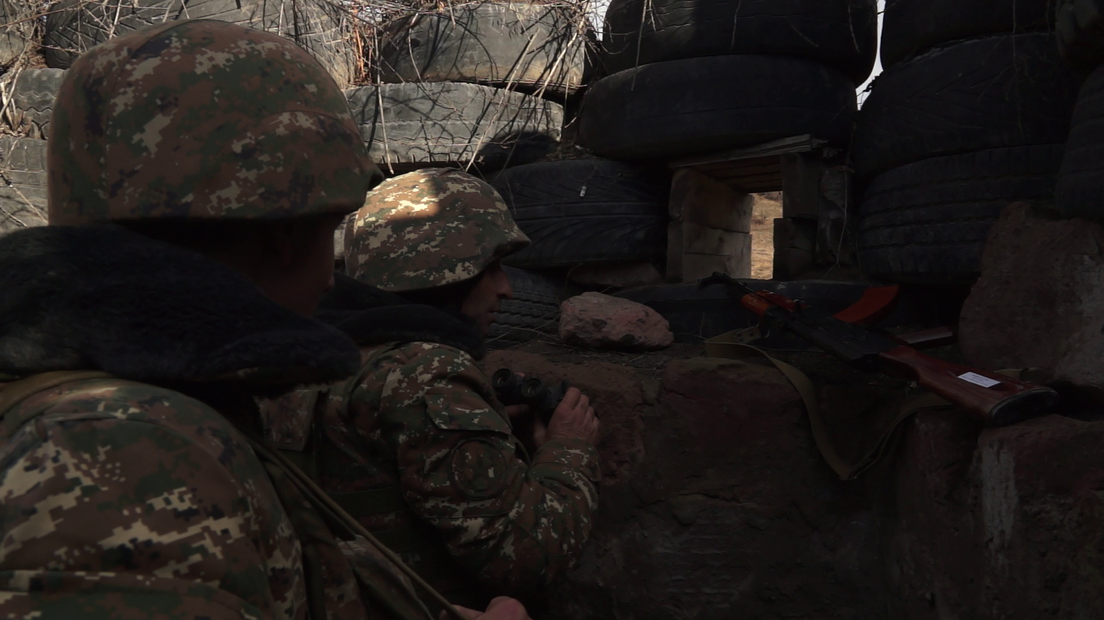 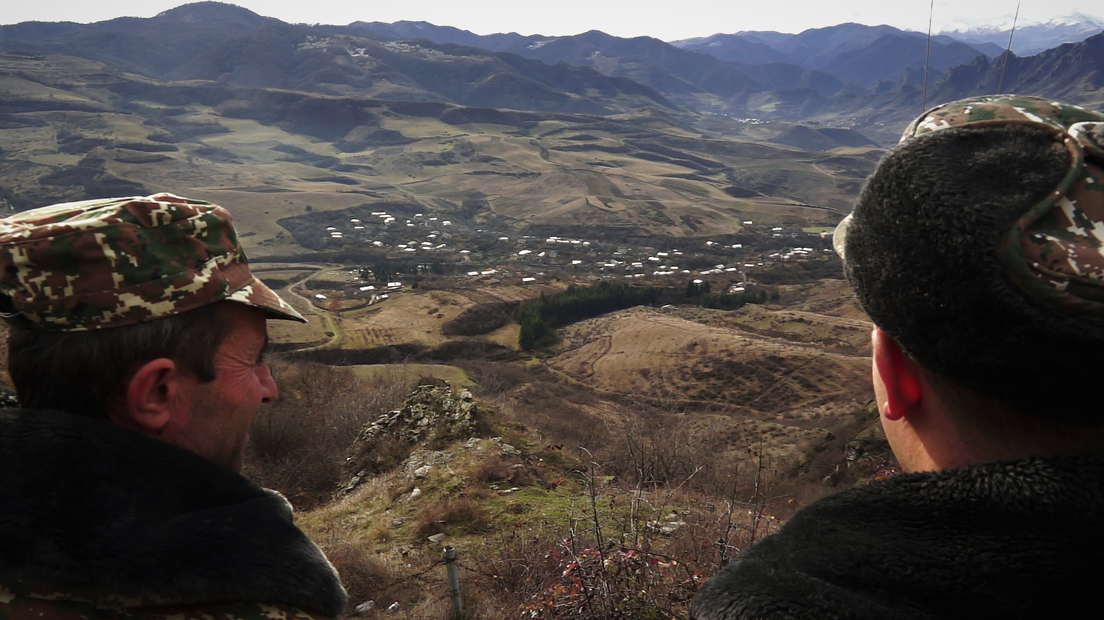 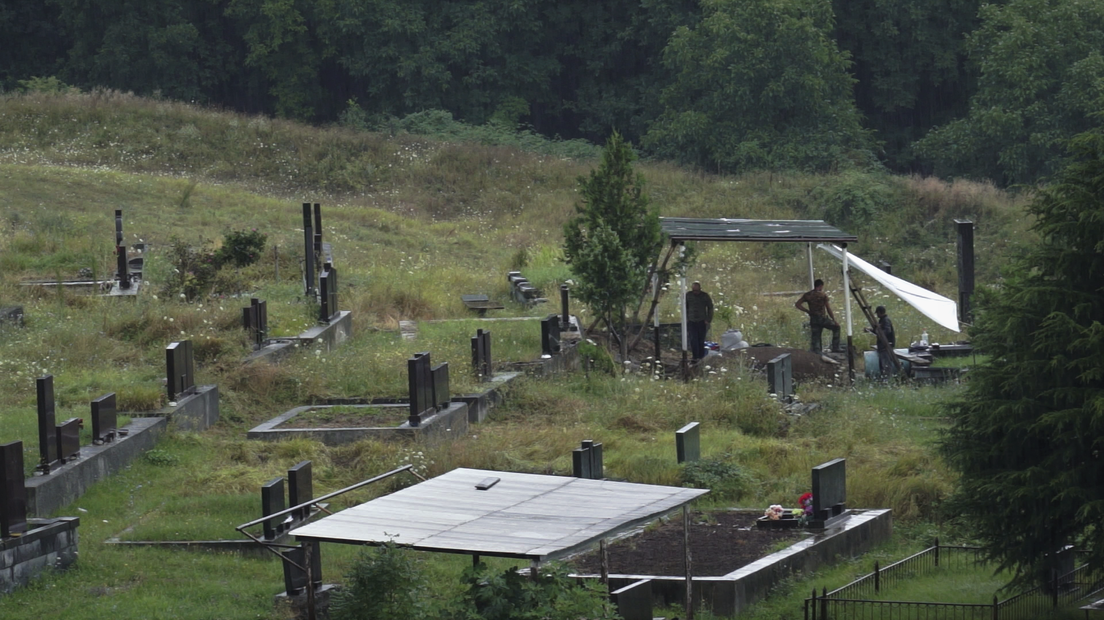 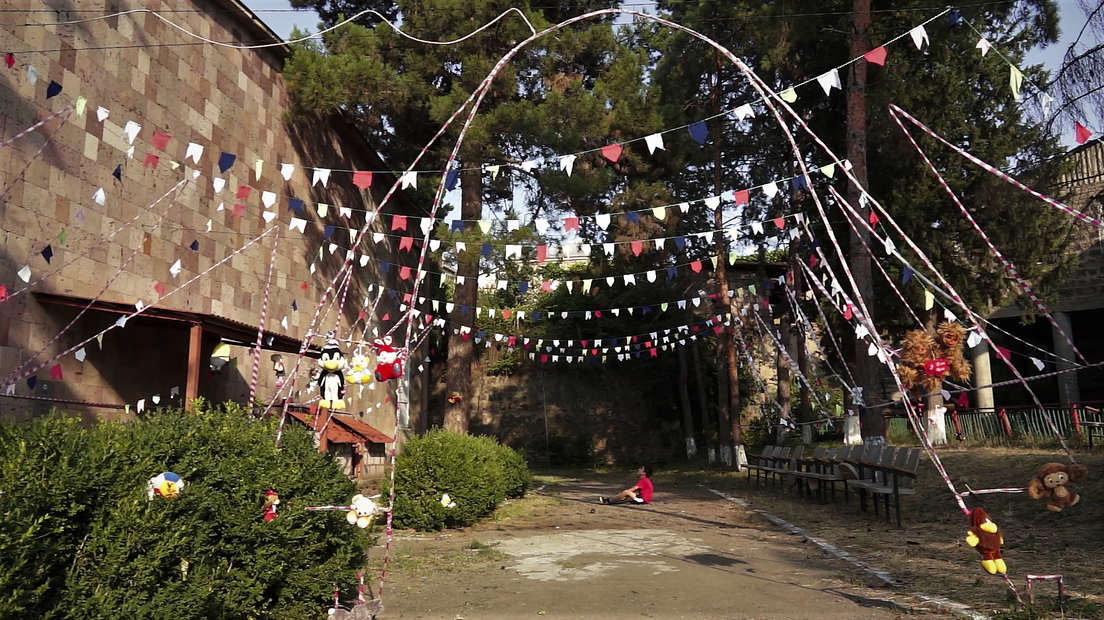 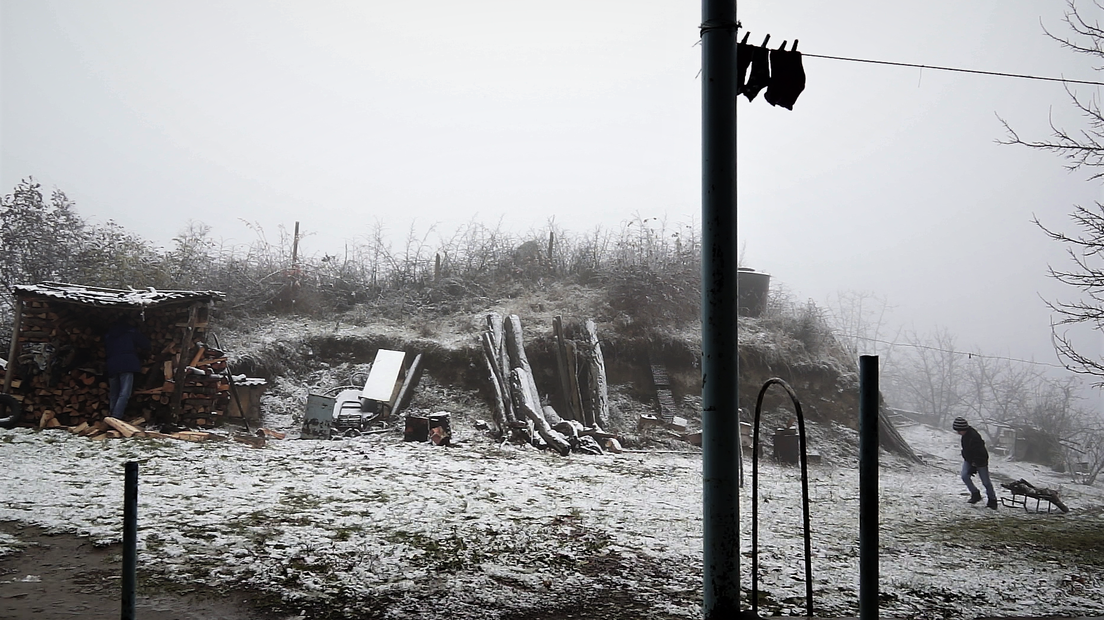 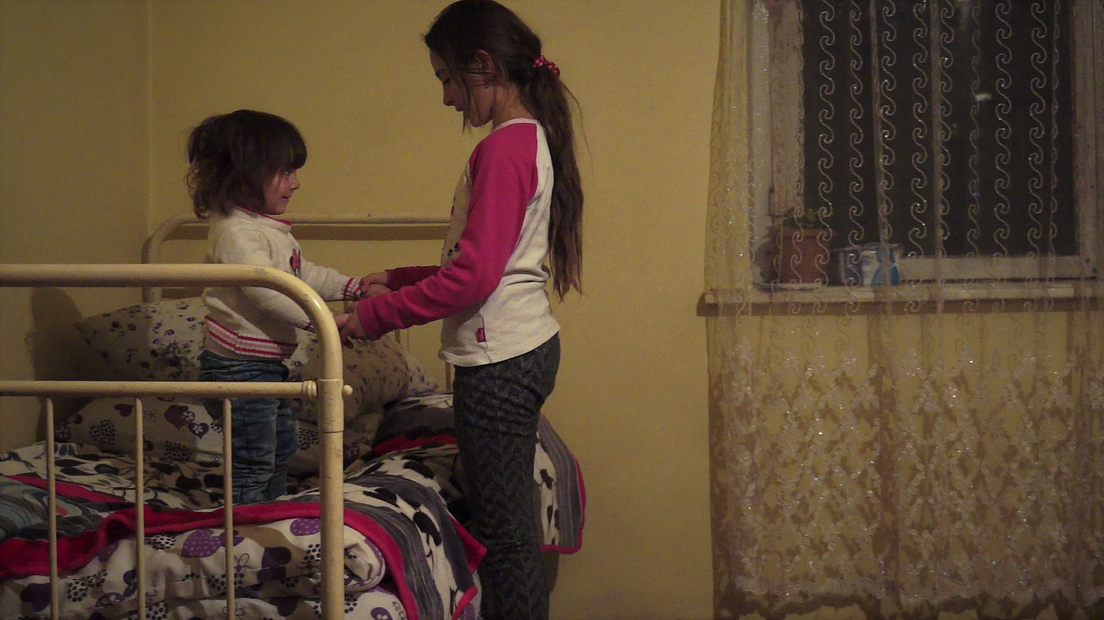 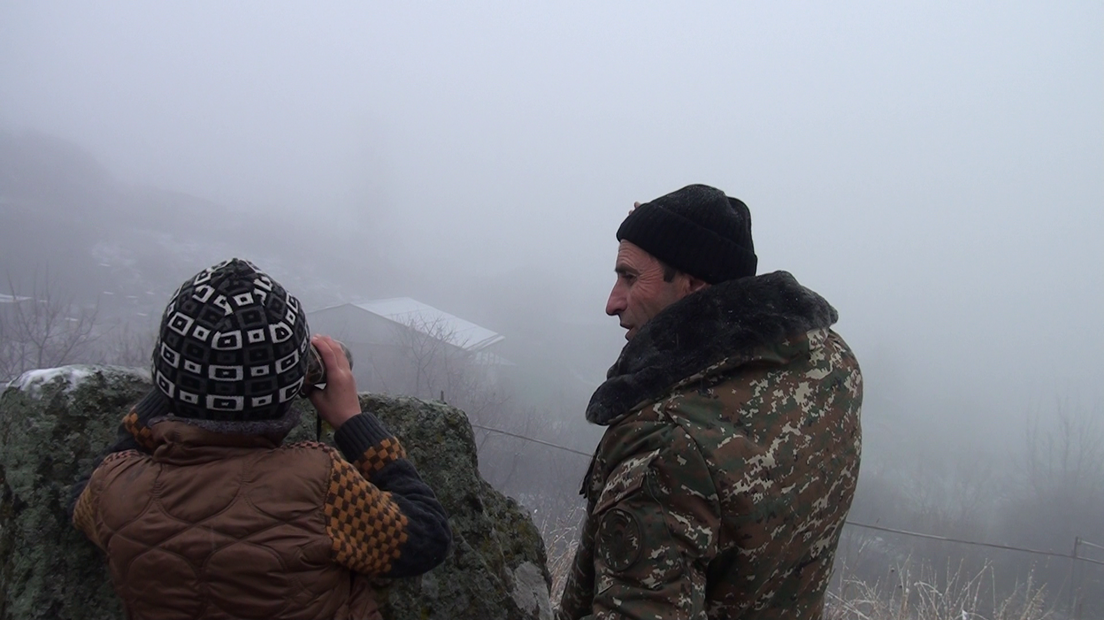 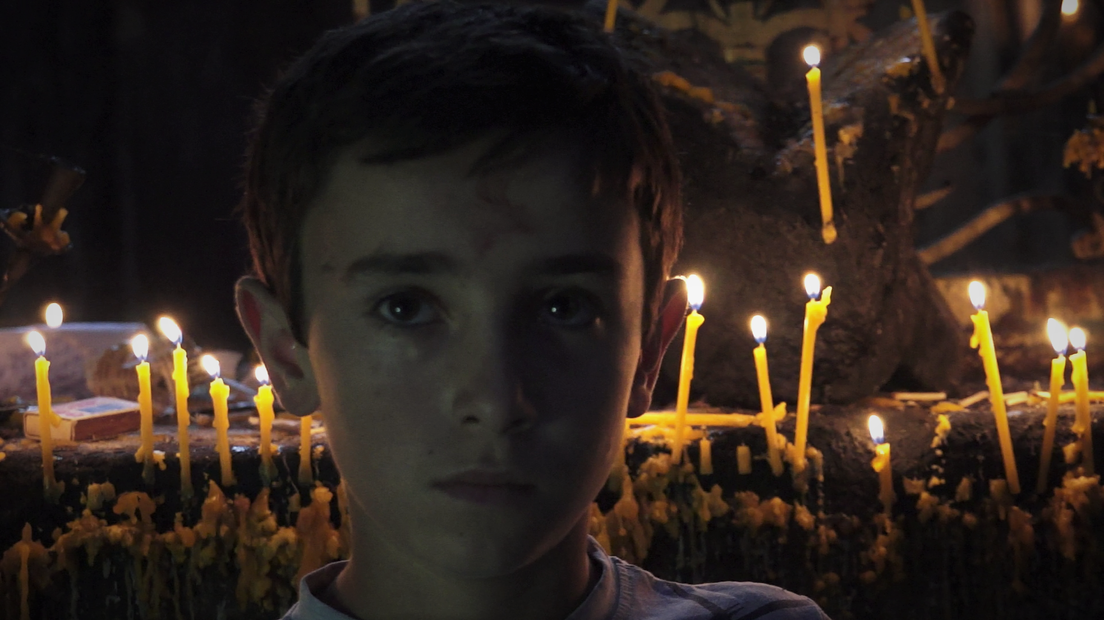 For thirty years, Chinari’s inhabitants have been trying to survive the war between the Azeris and the Armenians and the difficult conditions imposed by the blockade. Among them, there is the Petrossian family. The film accompanies their daily life in their struggle for survival.

Young people walk several miles each day on their way to school, ignoring the danger of Azeri snipers. On the spot, villagers sell or exchange their meager crops for a little sugar, cereal, and rare medicines. The inhabitants have to look after themselves. Only the wounded or the sick are transported to the military hospital.
In the village, many houses are empty or in ruins abandoned by their occupants. The Petrossians stay and work their land. Repetitive gestures and rare words. Then they have to prepare the meals. The mother spins sheep's wool while the son learns to use a rifle. The father is the guardian of the cemetery where the dead are buried in the fog to avoid enemy fire; and every month he has to join other volunteer soldiers to fight at the border posts.
Sometimes when everything is calm, we hear the sounds of nature, the words of the Petrossians, the teachers with their schoolchildren, the military briefing before the fight, and finally, the conversations between young villagers who talk about the war that hasn’t stopped in thirty years. This is the life of the Petrossian’s, a life in an endless war.

Notes from the director

For thirty years, Chinari, my home village, has been trying to survive the war between the Azeris and the Armenians, and the difficult conditions imposed by the blockade.Through the portrait of a family, my film plunges the viewer into the heart of this forgotten conflict. Nagorno-Karabakh, a mountainous region, proclaimed its independence in 1991, tearing itself away from Azerbaijan at the price of a bloody war between Armenians and Azeris.This war killed nearly 30,000 people and drove hundreds of thousands of refugees from their homes. The signing of a ceasefire in 1994 did not resolve the conflict. The armed clashes between the two enemies never really stopped. Besides the soldiers, the main victims are the inhabitants of the villages near the border. Among them, there is the Petrossian family. The film accompanies their daily life in their struggle for survival.
My film plunges the spectator into the heart of a war completely forgotten by the world. It shows the daily struggle of an ordinary Armenian family, who tries to survive the war. The editing of the film will alternate these everyday situations, these sudden changes of moods and family dialogues.The viewer will understand the geopolitical situation and feel the emotions experienced only by this family as if it were with them.
The film shows us these difficult living conditions where each day passed is a victory. 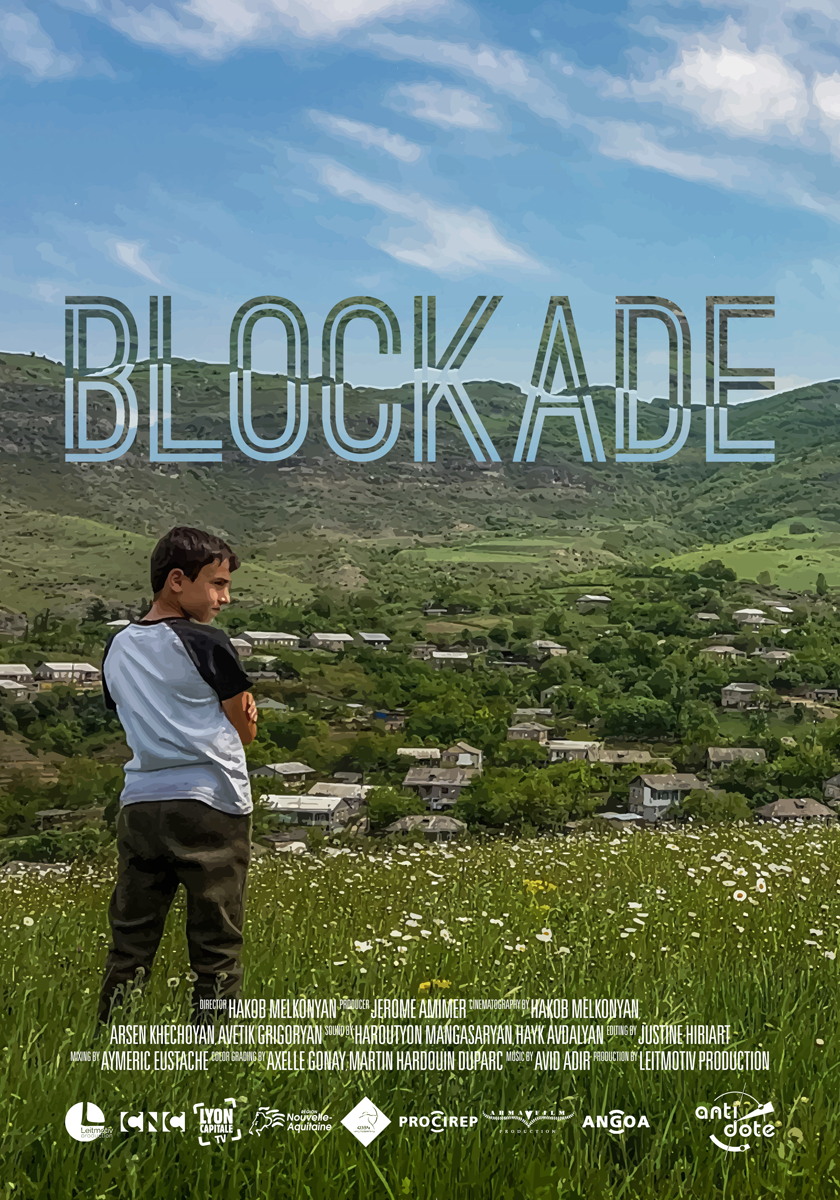